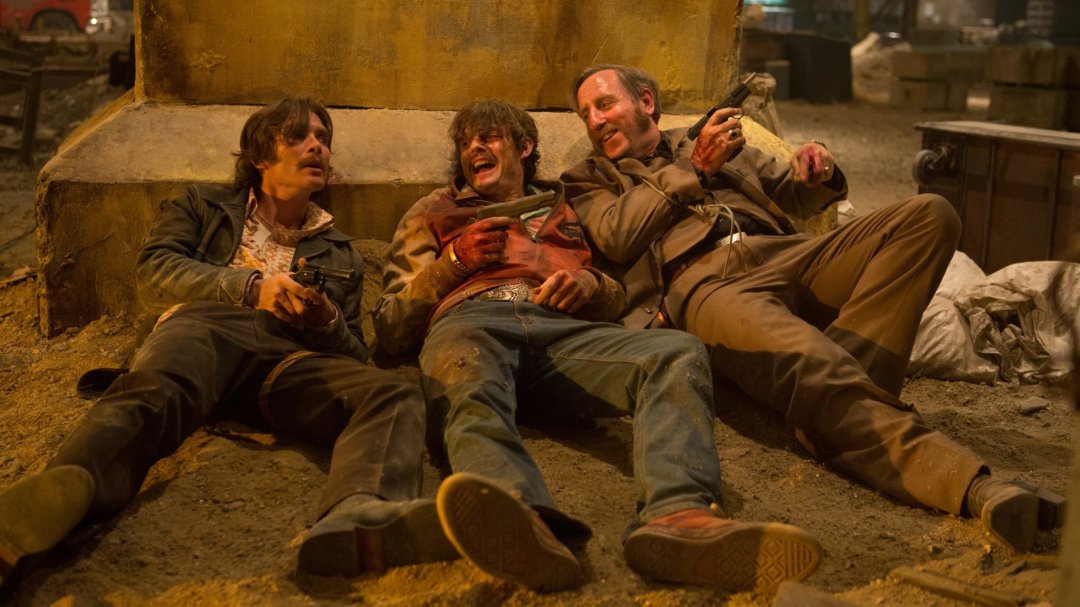 One day, I will be able to afford the whole festival. But this …is not the time. So here I am with few words about my third and last day on this festival. And this was quite a ride. This particular festival is one of my favorites because it always brings very interesting and diverse program and this year was no different. Although one could feel the change of people in the organizing, and while I absolutely think they deserve a chance and to take over after 20 years must be difficult, the last year atmosphere and organizing felt friendlier to the visitors. I think. To the films! 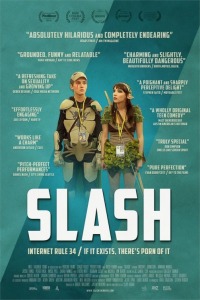 Slash I think is an important film aimed for a young audience because it deals with a topic of finding oneself, but also of bullying, intolerance, and geekiness of all kinds. And because it was supposed to bring you to the world of comic cons, fantasy and most importantly slash fanfiction, I hoped it would take it’s potential by butt and use it all. It did not.

With Slash the story begins with, well slash fan fiction. Remember? The thing that went nuts and kicked off with the internet back in the days. Well, it’s even older, as the movie keeps reminding you. The story right away introduces us to 15-year-old Neil. A curious and wondrous boy who loves sci-fi and even more desires to write slash (gay of all kinds) fiction about it. Unfortunately, Neil writes his fiction into his school notebook, so naturally, word gets out. And because there is no less cruel that the kids in school cruel, bullying ensures. Here we meet Julia, another lost soul that changes her personality for her surroundings but also loves to write fiction. These two takes us through the film as they try to look for themselves, but also for their emotions and understanding.

The one thing that this film does is, it’s trying to show the fan fiction community, but I think it’s not doing it in the right way. Of course, there are communities that are so dark, you should beware. But the one thing people being geeks and nerds have in common, it’s the understanding. The film, while glimpses at this, fails to deliver. And that I think was very unfulfilled potential, because this world deserves a credit for giving me “a place of weirdness and love”.

Regardless, the film I think still delivers important messages and kids should definitely watch it. It has humor, it deals with homosexuality, which is always an issue for some damn reason, but also with being different and it’s toll it can have on a person within a wrong community.

Frank Zappa: In his own words a documentary by Thorsten Schütte is one of the best I have ever seen. The reason lies in its own title “in his own words” no bullshit, no other peoples input, no censorship, just raw uncut version of Frank Zappa he himself created for people to see and for people willing to get the message through the right way: freedom in music is freedom in speech and ideas but also in one’s mind.

This documentary is crafted in a set of interviews which, if you do not know him and his music, will introduce you to all. It’ll show you prejudice towards him, it’ll introduce you to his unconventional but absolutely brilliant music, but also his devotion to getting the right message across, and most importantly being unapologetic about it.

Probably nobody in show business that I would know of kept himself as true and honest about his idealism and fight for it as Frank Zappa, whilst actually having a great sense of humor and music. Zappa says about his music that it is one ongoing piece separated into albums, and if you ever try to listen to it all, I applaud you because that is a ton of albums!

This documentary has a personal note for me as well. In 1990, a year after the revolution, than Czechoslovakian president invited Frank Zappa to Prague. Zappa believing in principles on which Czech people then stood, came. The reason for it was an official release of his tapes (which was illegal and my dad used to smuggle then through the polish border, to where they were smuggled from the German border, something you could get arrested for). Zappa was welcomed by hundreds of people which found something in his music, that perhaps American listeners could never fully see, not from this perspective anyway. And I loved seeing this in the documentary, because these Czech people, this honor is dying out with every inch this government tries to crawl up the American arse.

But. Hey. Brilliant documentary. You need to watch it and you need to meet Frank Zappa.

Here goes: Bunch of guys wants to buy guns from another bunch of guys not knowing that one of the first bunch insulted the another one from the other bunch.
Crossfire with the best situational comedy I’ve seen in years issues.

Free Fire is a black comedy stuck with a lot of Irish and English humor through its whole length and in its genre, I think, can become an instant classic. If you love the guy Ritchie atmosphere, the old one, you will love this, including the soundtrack perfection. Not to mention the star cast. There is not much to say really, it’s heavily enjoyable, almost at times gore little Irish film of bullet fire and black humor. The plot goes in straight line and stops with a brilliant ending.

Here it goes. I really recommend these three films because they are absolutely worth it. Have you been to Febiofest? Have you seem something small but nice, let me know 🙂

E L K Y is a passions for books, a passion for art and passion for all the wonders one can find. This little world is my form of escapism but also a joy and I welcome you to it. View all posts by E L K Y

From Harry Potter blogs, through 2NE1 all the way here ♡ #friendship #hellyas @ivyparadiso
When you're family and friends finally accept you are possessed and obsessed. Hope you have a happy holiday, remember I could have very easily be obsessed by heroin, this is a win situation 😊😍 # Christmas #koya #bts #tolkienmylordandsaviour #hewasbornthirdjanuary #itscloseenough #dealwithit #bt21 #tolkien #방탄소년단
#Repost @realllllmino • • • • • 어? The perfection...
That time of the year #lordoftherings #reread #book #tolkien #middleearth