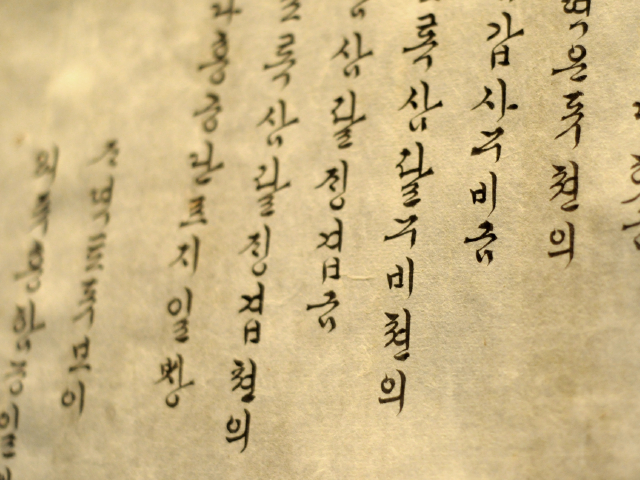 As I mentioned in the “Korean Footsteps” article, I am going to be posting a little more of my journey discovering Korean art in the future. Recently I came across a couple of books with short Korean fiction stories, mostly from the 20th century and I would love to introduce you to them.

The book I came across was published and edited thanks to both Czech and Korean embassy with support of Korean studies in Prague so it might not exist in your language variation, I placed links to other works of these brilliant writers.

KIM YOUNG-HA (김영하) – TREASURE SHIP (보물선)
I think this story will be the closest to people born in the ’90s and earlier as the setting is placed around the time many nations around the world got their first taste of capitalism and modern-day trading, Czech Republic including. This story has two arches, one is the peculiarity of fate and the other is the often found scheming especially in the early 21st century before the bubble quickly splashed only to be formed again – hence the economic crisis in 2008.

You follow a story of two entirely different people from their days in university to their different approaches to stock trading for money or history, comfort or naive passion. Personally my favorite story from the anthology. The story allows you to take a peek at the Korean history, particularly Yi Sun-sin, a famous naval commander known for his victories during the Japanese invasion of Korea in the 16th century.

The story was written by Korean writer Kim Young-Ha  (김영하), who is not afraid to try new things and mix all sorts of genres from classical Korean literature to the modern one. Kim Young-Ha wrote this story in 2004 and received a prize for it, unfortunately, I was unable to track it down in an English translation, but you can enjoy some of his other books (Amazon) but if you speak Korean, you can read the story here. 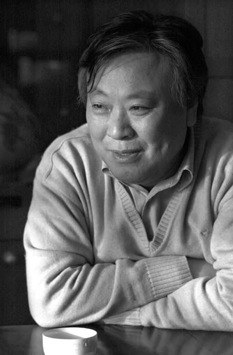 YI MUN-YOL (이문열) – PILON’S PIG (필론의 돼지)
Another brilliant short story is almost a study on human nature on mere 10 book pages. The story takes you to the surroundings of military mandatory service, which stays until these days, although changed and shortened (still 21 months though).

In the Korean culture, the system between seniors and juniors (whether in the army, work or any other places) is taken very seriously, and its a point that is important to know and understand when reading Korean fiction.

In the story, you are met with soldiers leaving their mandatory service and marines, who, wherever in the world you are, have a certain expectant toughness and ego to uphold, the actual personality of the individuals aside. The whole story works not only with tension but also bestiality of humans that can be awoken at any given time and what it may lead to it and how people react or don’t react to it.

The story is part of the book of the same name “Pilon’s Pig”, this book was released bilingually in 2013 and can be bought here. Yi Mun-Yol is a Korean writer with an interesting background, which influence can be felt through his work. As his father defected to North Korea during the Korean war, Yi Mun-Yol was often received as a son of deflector making it quite difficult for him. It is a writer that not only writes about human nature but very often publishes political commentaries as well. 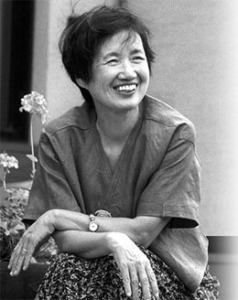 PARK WAN-SUH (박완서) – CRY (울음 소리)
This writer is such an important figure to know, not only for her writing but also for her life and her work as a feminist. All of her stories are profoundly human and don’t look away from any of the hardships humans can and do encounter. Her story “Cry” may be short but shows exactly the nature of human life when there is no living, rather only surviving from day to day. The story takes you to an ordinary married couple that lost their child, although this part weights little emotions in the story, rather explains the heavy atmosphere which is emitted from the characters. Through this short story, you can read about little ironies in life that may or may not make you start living again.

Park Wan-Suh sadly passed away in 2011 but what remains is her work. She lived in what is now the North Korean territory, separated from her family during the Korean war outbreak, that made it impossible for her to study at the university. Any war is hell and has many victims and among them, many mothers, desperate to save their child, shrouded in sorrow when losing them and surviving them. And it’s the mother figures in desperate and heavy situations that can often be found in Wan-Suha’s work throughout her career.  Unfortunately, I wasn’t able to find this story in English either, but perhaps you would like some of her other prose, especially if you like books portraying fights of real women, with real emotions

The Czech anthology is called “Loď Pokladů“, which is the Czech translation of Kim Young-Ha story “Treasure Ship” and can be purchased here.

E L K Y is a passions for books, a passion for art and passion for all the wonders one can find. This little world is my form of escapism but also a joy and I welcome you to it. View all posts by E L K Y

From Harry Potter blogs, through 2NE1 all the way here ♡ #friendship #hellyas @ivyparadiso
When you're family and friends finally accept you are possessed and obsessed. Hope you have a happy holiday, remember I could have very easily be obsessed by heroin, this is a win situation 😊😍 # Christmas #koya #bts #tolkienmylordandsaviour #hewasbornthirdjanuary #itscloseenough #dealwithit #bt21 #tolkien #방탄소년단
#Repost @realllllmino • • • • • 어? The perfection...
That time of the year #lordoftherings #reread #book #tolkien #middleearth